For this project Michelin asked for an illustrated layout for a major racing event; the world wide WRC 2015 (World Rally Championship 2015) so their advertisement would be WRC themed. So I was briefed at the beginning stages by the art director at “Ezqualo Lab” that they wanted to have the planet earth seen from the outside so they could convey the fact that is a world wide championship, she also wanted to put a car on the race; so that left us with a very challenging illustration with a racing car on a space rally road and planet earth in the background (which the art director at Ezqualo asked me for) So I really strived to make it as good and as coherent as possible. I also had 3 days to finish the piece that would be used in Mexico and latin america, so, no pressure!

Planning out the illustrated layout 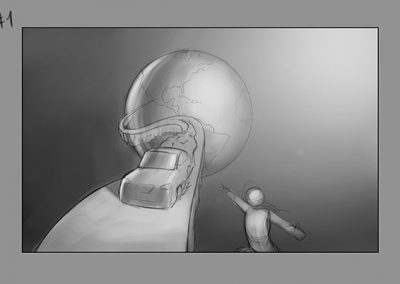 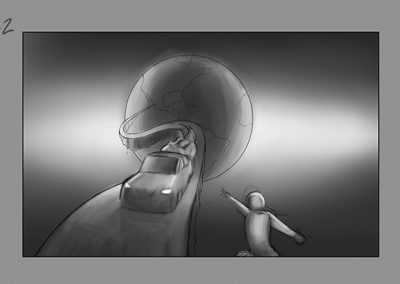 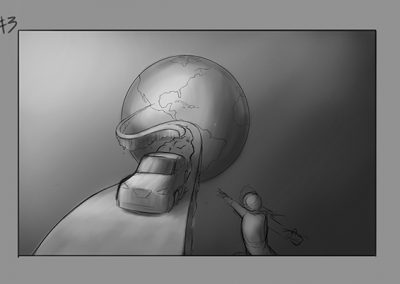 The process for this illustration started with a basic sketch, in fact, a variety of  sketches which then turned into multiple iterations of light (see the sketches above) and color (see the next sketches on the right) so the director could pick one and stick to that direction . 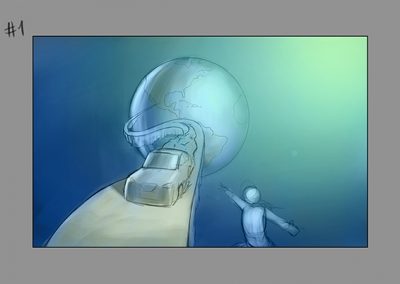 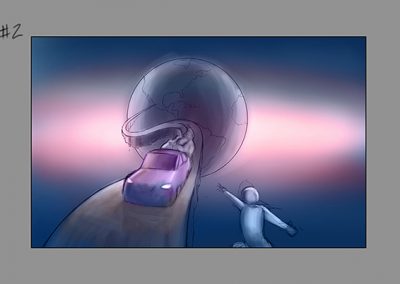 So having made the sketch and the variations on color and light now I had to start the rendering process so here it is on the images below: 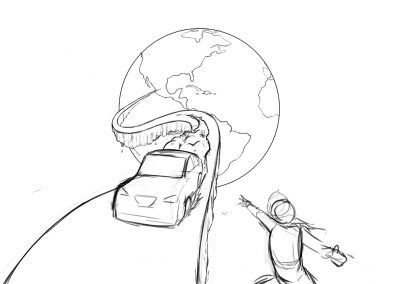 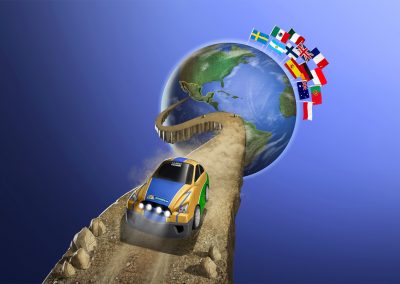 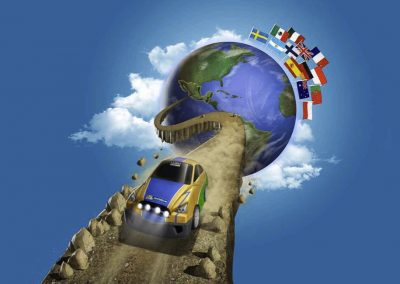 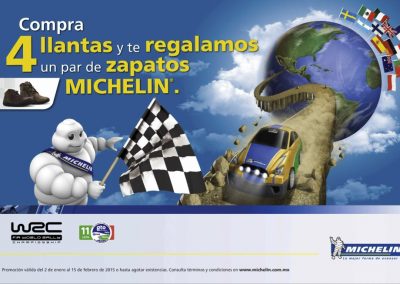